在樂生316遊行之前，
讓我們透過一部關於樂生療養院的70分鐘的紀錄片，
瞭解自2007年以來長達九年的樂生爭議。
Have interest to learn more about the LoSheng Sanatorium tragedy that has been ongoing for years? Since the inception of the MRT plans in 1994, a seed has been planted in the hearts of those who have a stake in a community they have built with their malformed hands. Once the residents were shunned and quarantined for leprosy, forced into isolation on this plot of land; now they are being pushed away again. This fight for over a decade has been ongoing with the support of others around them and I hope that y⋯⋯ou, if you believe this is a right cause, can also fight for them.

A 70 minute LoSheng documentary has been pieced together as of 2010, with English subtitles, and sent to me. I will be playing this at the end of the month in anticipation of LoSheng's March 16th, 2013 rally in Taipei.


I have to leave the country so if there is enough time and interest post 2/26 we can also invite residents, or do a group arranged to the LoSheng community for a talk. They have an English translator very familiar with the case but let's see how this documentary pans out first!

Forget about the tag lines of human rights, forget about either the blue or green parties in Taiwan, placing blame on one or the other; when both have done little to nothing for the civil liberties of the people, instead dwelling and using past emotions and corruption to get your vote. Learn about Taiwan from those who actually experience it and get involved now. You can still do something to save LoSheng and so many other cases ongoing in the community.

You can search LoSheng Sanitorium on the web or 樂生 ( esp http://pnn.pts.org.tw/main/?tag=樂生 if you can Mandarin or want to view some images ) 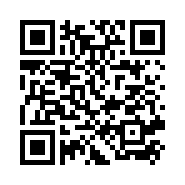